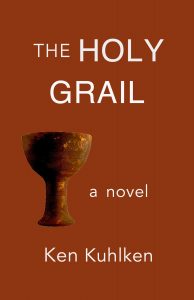 The Holy Grail concludes the For America saga with Otis finding in an island prison a measure of peace, which then is disturbed by baseball and the rape of a woman he loves. He escapes from prison and flees Mexico to settle with the rapist and with the resurrected Enemy, aka Henry Tucker, and with the deranged and relentless Cynthia Jones.

After Otis once again falls in love and renews his pursuit of a baseball career, a team of Charles Manson worshippers come seeking revenge against his dear friend Nancy, once a Manson family girl who had testified for the prosecution.

Listen to songs that show up in the story: