Pay only the cost of the books.

All the books displayed below are new, full-size, quality paperback unless otherwise noted. 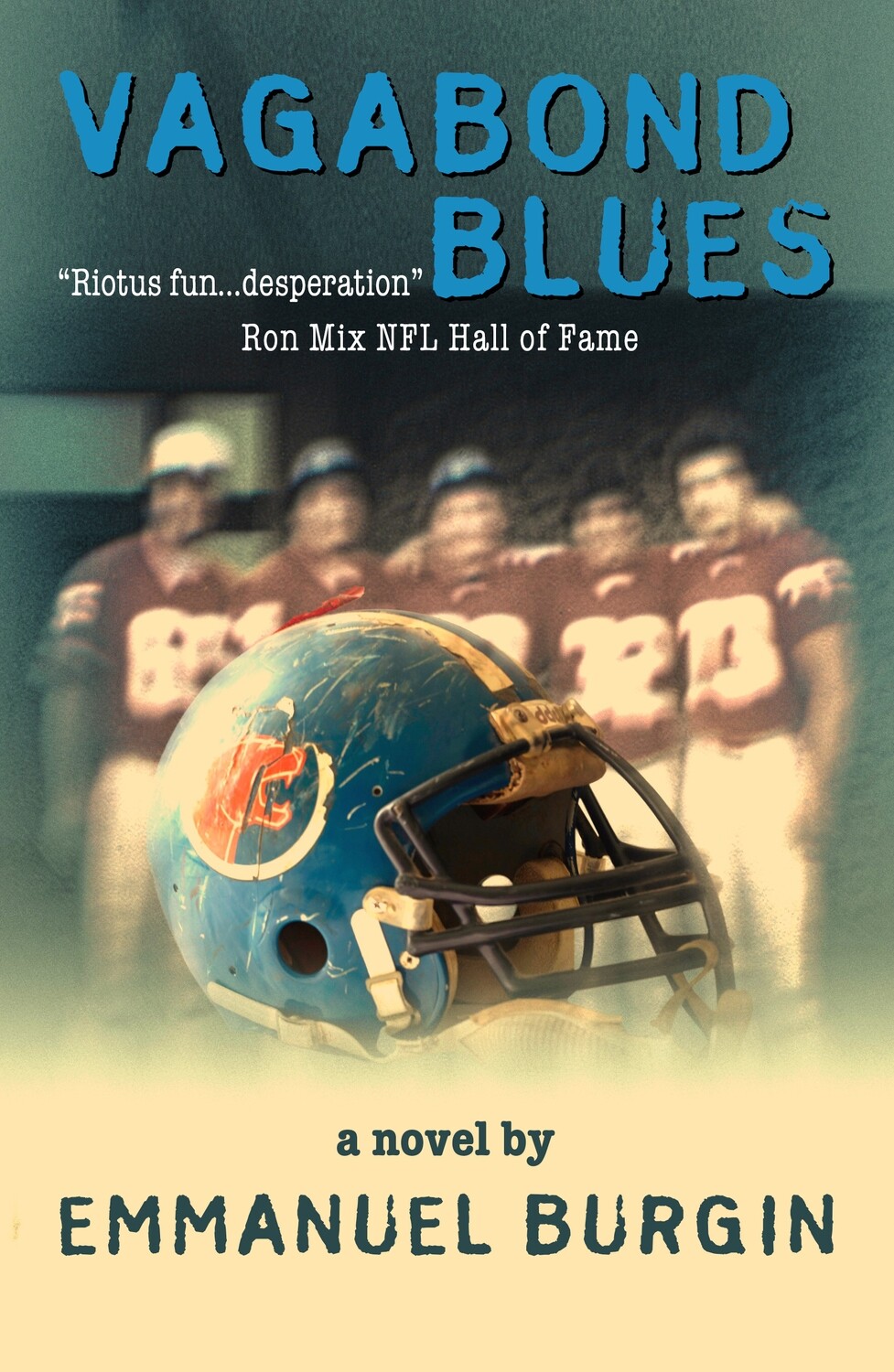 It's author, Emmanuel Burgin, was under contract with the L.A. Thunderbolts football club when it folded. He had given himself a deadline of three years to climb from college into the NFL, and after three years of free agent tryouts, the Thunderbolts had been his last and best chance of reaching the N.F.L. Now, adhering to the self-imposed deadline he hung up his cleats and bade football adios.

But when he got invited to play in a league becoming a steppingstone to the N.F.L, he resurrected his dream.

Robbie Santos of Vagabond Blues is what happened when the dream played against real life.