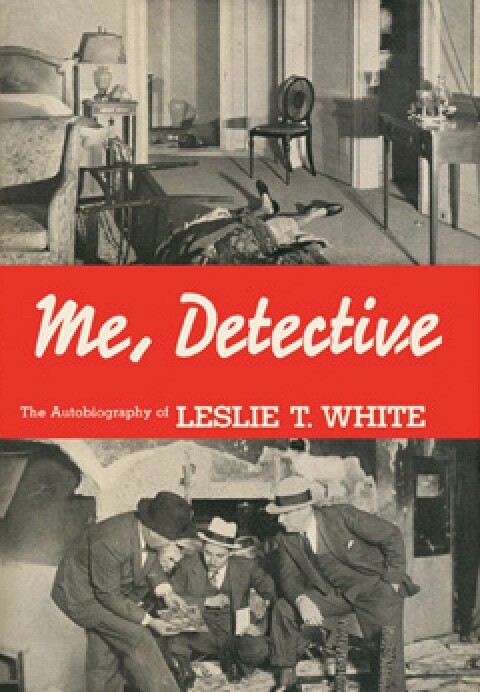 I was researching 1920s Los Angeles, learned of a book called Me, Detective by Leslie T. White and went looking for it. The only copy I found was priced at over $400, and then even that copy soon disappeared. But I was able to borrow a copy through inter-library loan and found the book to be a treasure. Not only did it give me a solid feel for the period and crime of the era, but it also exposed how corruption is not so much a result of the individuals involved as in the structure of governments from the smallest town to the metropolis and likely to nations and beyond.

Mr. White became, at the behest of Erle Stanley Gardner, an author of detective stories after having served as a range rider for private land-barons, a deputy sheriff chasing drunks and bootleggers, a forensic specialist, and investigator for the L.A. district attorney in high profile murder and graft prosecutions. In all these vocations, he witnessed plenty, and he gives us such a distasteful picture of politics, governments, legal procedures, and business practices, that I wonder if the book was too dangerous to be promoted widely by its original publisher. As far as I can determine, it only achieved one printing, and even in libraries, it is hard to locate.

But not only is it a scathing critique of what we call justice, it's awfully fun to read.

So, I scanned the book, waited a few years until I was sure of its public domain status, and have made it available through Hickey & McGee.