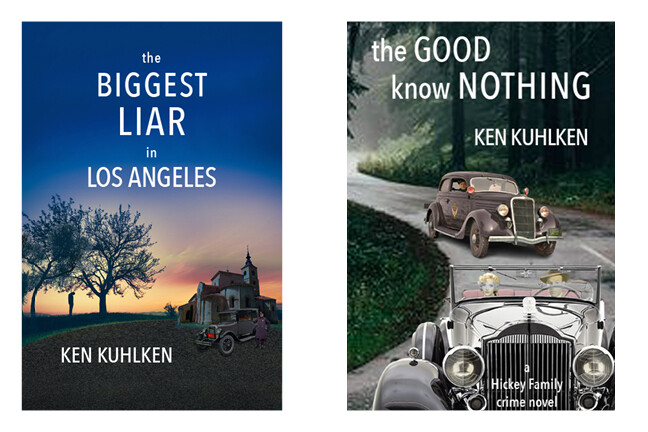 001pb
$12.00
Tom and Florence Hickey, children of a long gone father and a deranged mother, take on the wild 1920s and the Great Depression.
In stock
1
Product Details

BOOKS ONE AND TWO OF THE HICKEY FAMILY CRIME SERIES

Unless a famous evangelist will take agnostic Tom Hickey into her confidence, he may never learn if the Ku Klux Klan lynched his dear friend. San Diego Book Awards Best Mystery.

Next: The Good Know Nothing

During the summer of 1936, destitute farmers from the Dust Bowl swarm into California, and an old friend brings L.A. police detective Tom Hickey a book manuscript, a clue to the mystery of his father Charlie’s long-ago disappearance. Tom chooses to risk losing his job and family to follow the lead, though even his oldest friend and mentor, fellow detective Leo Weiss, passionately opposes Tom’s decision.